THE HISTORY OF DREAM CONNECTIONS!

We’ve come a long way since Anna and I first met in 2006.  We realize that many people don’t know the whole story of how we got to where Dream Connections is today from the origins of our personal journeys.

On Tuesday, December 10, 2013, Anna and I sat down to tell the story in part 1 of 2 videos we would record.  Those are the first videos you’ll find below.

We just want to give you hope that you can find your match overseas and know the happiness that we know.  Enjoy!

Clicking the images below will take you to the full-screen video replays from these two live events.

Mark’s First Venture Online was a Site Called “International Dating For Men” Which He and Law Jackson Built in 2009 to Host a Podcast and Sell an Educational Workbook Called, “From Here to Her”

When We Only Had Three Clients and 25 Ladies 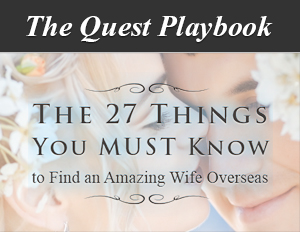