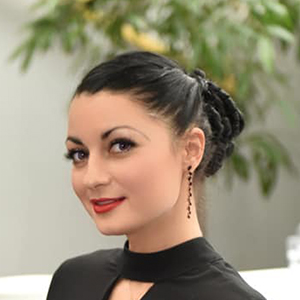 Formerly a professor and department head at a university in Ukraine with 38 professors reporting to her. She has been part of the staff at Dream Connections since 2013 and served as VP of Operations since January 2016. She has been more responsible for helping create successful relationships than anyone in the industry. She provides a mature background in leadership, management, and relationship coaching.

Irina is the hub that connects the men, women, and trains the Romance Coaches, in addition to running the tour operations. She interviews and builds personal relationships with the men and women who participate in our events. She guides the programs to bring the greatest results of new and sincere relationships. She brings a wealth of wisdom and love to the job and Dream Connections is grateful to have her on the team.


Romance Coach Secrets for Your Success


How We Interview the Ladies